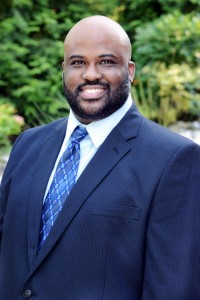 Dr. Clark was born in Washington, DC, and grew up in Durham, NC. His love for making people smile formed at an early age while watching his father, who he greatly admired, working as a dentist. This greatly influenced and inspired his choice in his own personal career path after graduating from Jordan High School.

He earned his undergraduate degree from Morehouse College in Atlanta, GA, and his degree in dentistry from Howard University College of Dentistry in 1998. He has practiced general dentistry for over 17 years in Raleigh.

Dr. Clark has been married for over 14 years and has a 10-year-old daughter. He enjoys everything artistic including movies, art, museums, concerts, and plays. He prides himself on being an honest and caring person who considers others’ needs before his own and always strives to treat others the way he wants to be treated.