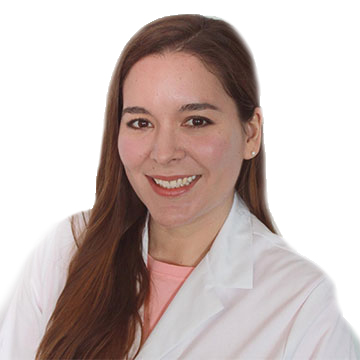 From an early age Dr. Cislo had a passion for dentistry.  She would be excited for her dental visits and intently watched the reflection in her doctor’s glasses while he worked on her.  She knows that everyone is healthier and happier when they are smiling, and she wanted to be able to help as many people as possible to have a smile that they are proud to display.  Being born and raised in Havana Cuba she spent the next couple decades fulfilling two dreams, becoming a dentist, and practicing dentistry the United States.

Dr. Cislo left Cuba and received her first doctorate from UAQ in Mexico City, after which she owned and operated her own practice, from there she continued her dental education and love of travel by practicing in both Spain and in Germany.  She then immigrated to the United States and was able to pursue her 2nd doctorate at the University of Illinois in Chicago. Completing her lifelong dream of practicing dentistry here in the United States.

Dr. Cislo enjoys spending time with her friends, husband, and their three-year-old daughter, traveling and exploring new destinations, and takes life with a happy and lighthearted attitude. She loves people and she loves living in this area, taking in the sights, the history, restaurants and beaches.