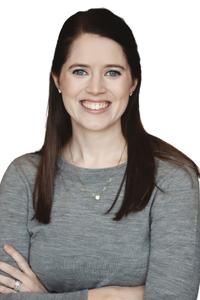 Dr. Caroline Kennedy grew up in Hickory, North Carolina. She spent most of her high school career planning for a career as a geneticist. During an internship in a genetics lab, however, she realized she wanted to help people in a role that included more daily interactions and relationships than the lab life would provide. Her grandfather was a dentist and spoke highly of his career. After shadowing at several dental offices, dentistry quickly became her new passion.

Dr. Kennedy holds a degree from East Carolina University School of Dental Medicine. Prior to Dental School, she attended the North Carolina School of Science and Mathematics and the University of North Carolina at Chapel Hill where she received a Bachelor of Science degree, double majoring in Environmental Science and Biology. She also studied abroad in Cambridge, England and Sweden.

After graduating from Dental School, she chose to broaden her clinical skills and give back to the community by completing an Advanced Education in General Dentistry residency in Ahoskie, North Carolina. She also volunteers at the NC Missions of Mercy clinics. Dr. Kennedy is passionate about establishing a quality relationship with each patient she sees and works tirelessly to provide high-quality care.

When she’s not practicing dentistry, Dr. Kennedy enjoys spending time with her family, friends, and fiance. She also enjoys traveling, going to the beach, yoga and pilates, and her sweet rescue cat, Coco.